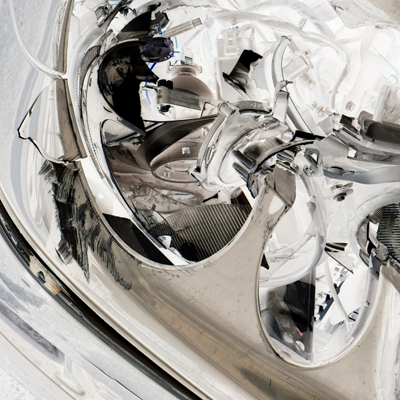 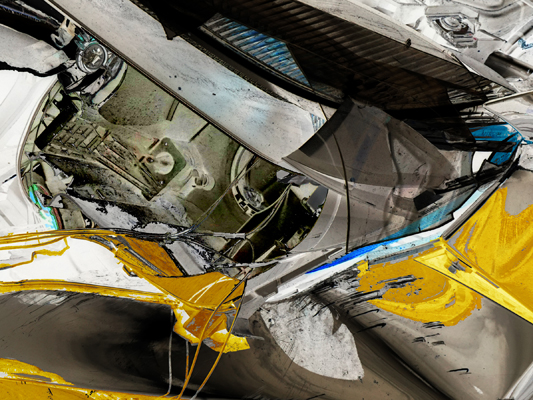 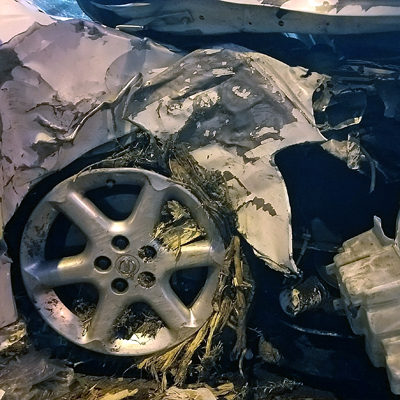 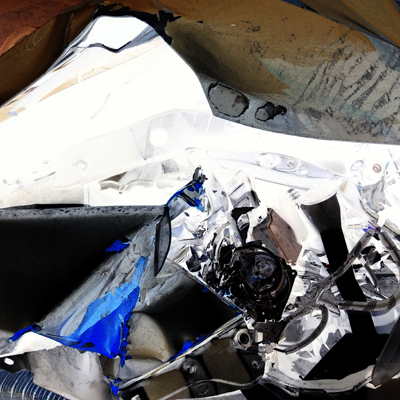 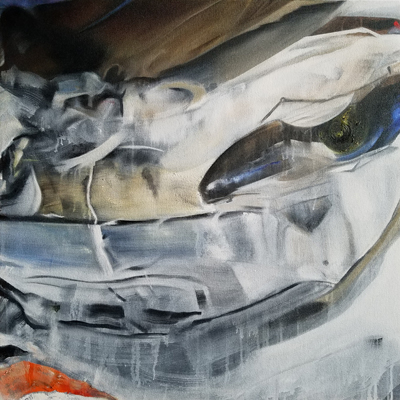 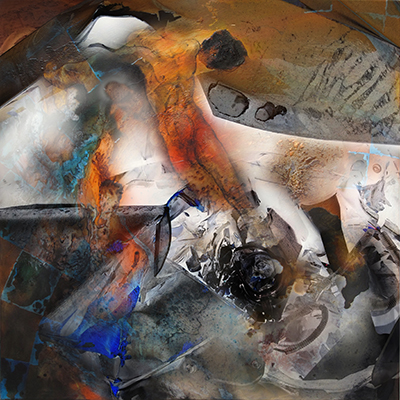 A typical sight around my LIC neighborhood are auto repair shops and noticeably, the crashed cars parked in front. Two wrecks in particular caught my attention. These were so contorted, it seemed impossible anyone inside could have survived. I kept going back them, because they were just too horrific to forget. I looked up statistics: in the NYC 59,396 people were injured and 231 killed in traffic crashes in 2016.

But I was also intrigued by how an impact can disfigure a familiar object into new shapes. How a force applied at a particular angle gives the vehicle a new subsequent, often beautiful form. Seen on an abstract level, one can easily find pleasing compositions: beauty in the face of horror. I started taking photographs of the crashed cars and worked them into compositions, mostly as photographs some as paintings. The crashed cars are still recognizable in some of them, completely abstracted in others.

In the midst of working on crashed car paintings, my friend Eddy Menuau was killed while riding his bicycle. 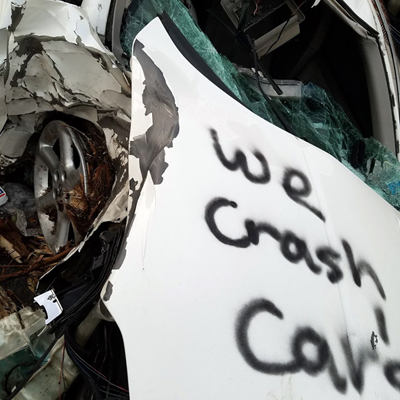 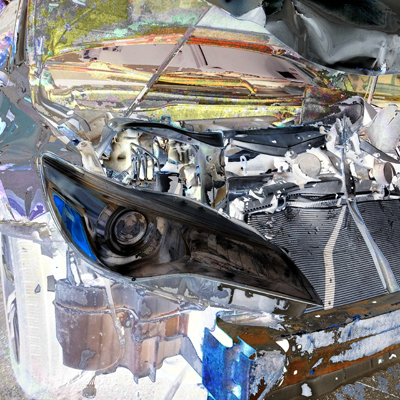 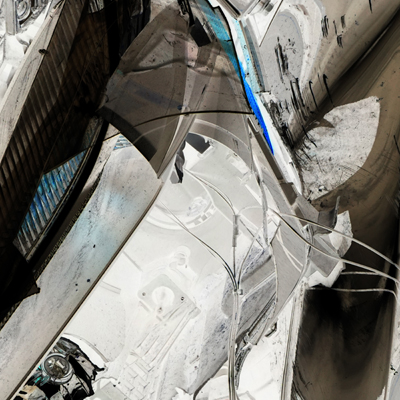 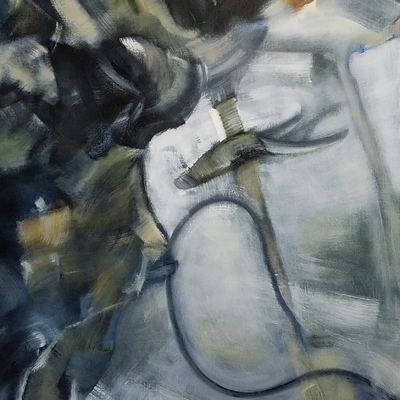 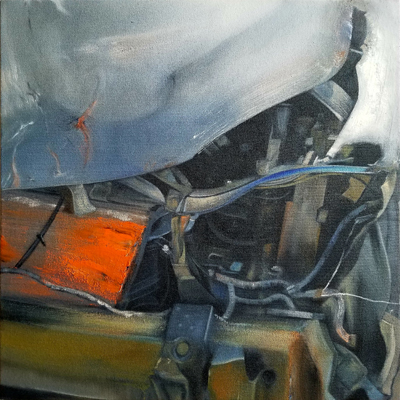 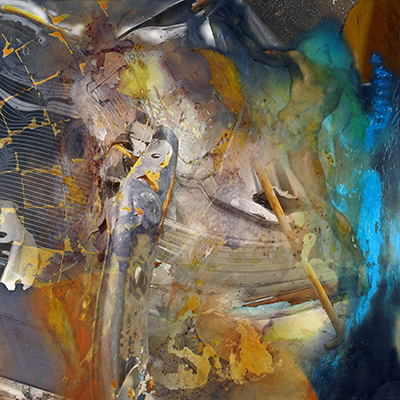 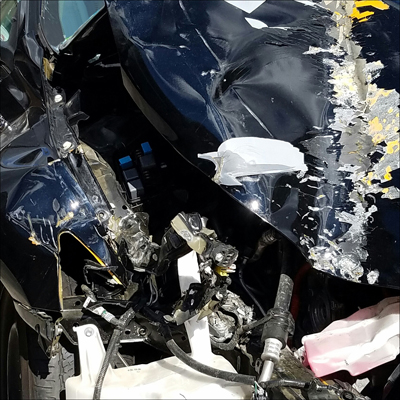